Pennapps XVIII was the first (and last) hackathon I’ve ever been to where I didn’t know my teammates before hand. But I saw a group on facebook that was looking for someone to join their robotics project. The project I got pitched was a drone swarm for disaster relief scenarios (that was the theme of the event), so I decided why not and joined.

The plan was to build 3 simple Arduino-based “drones”(not the flying kind), and have them work together to search and map an area. We weren’t really focused on making an incredibly mapping system, but focused more on the swarm technologies (i.e. how they will work together). But firstly we needed to create the robots so we had to that (and quickly! the event was only 36 hours, so we had to move super fast on everything). The robots were really really simple, just two motors (and controller), an ultrasonic sensor, a microcontroller, and a nrf24 board(for radio). Here’s a really low res picture of what we built: 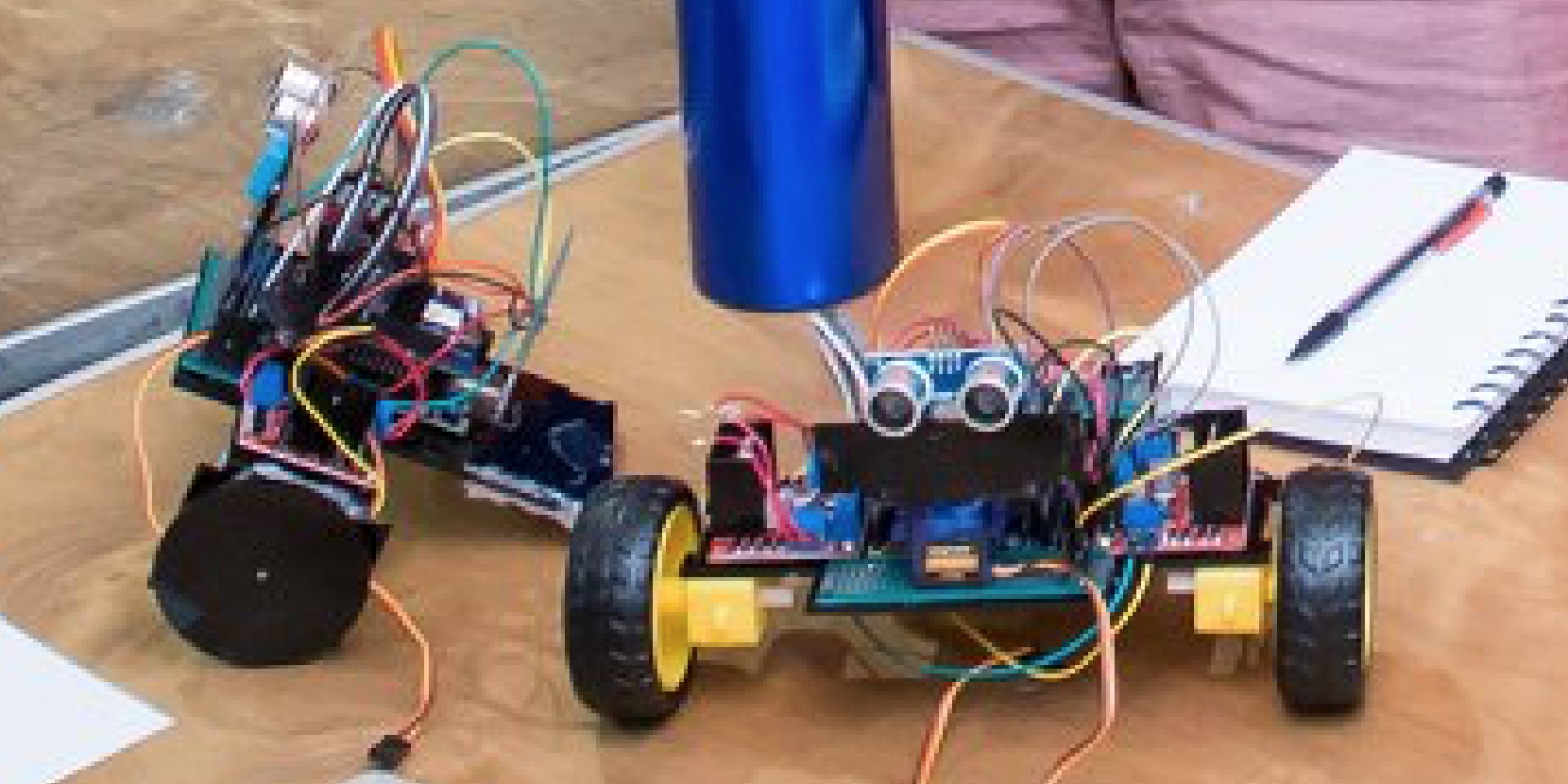 Next, we split up to work on the remaining tasks. I would work on the communication, and the ret of my team would work on the searching as well as finishing up the hardware. However building a communication protocol between all the robots was surprisingly challenging. After many many hours of trying to build a messaging system, I decided to try and use an existing framework. I ended up using MQTT (a pub sub system built for iot devices.) This made things a lot easier for the seraching part, but I still needed to build MQTT clinets for the arduinos, which was difficult, but not impossible, so after that, the robots worked together and I could use my computer as a basestation to communicate with the robots.

That brought us to the end of the hackathon, and due to some unforseen hardware issues and the severe lack of hardware at the event (we ran out of batteries, which apparently is not something a hardware lab should offer) so we didn’t end up finishing the project, but it was still a super fun experience that allowed me to play around with some new technologies.