In the fall of my Junior year, I decided to start a hackathon at my high school (Princeton High School for anyone that cares). I had been to a number of hackathons before, and I found it really hard to convince my peers to hop on a 3 hour bus ride to not sleep for 24 hours and write code. Because of this, I thought that if there was a hackathon at my high school, I could get more people to attend, which is why I founded hackPHS (also it just sounded like a really cool fun challenge that was really outside my comfort zone). After talking to the amazing CS teacher at PHS as well as some administrators, it became clear real fast that running an overnight 24 hour event would be impossible, so I made the decision to run the event as a 12 hour Local Hack Day. After we were accepted by MLH as a local hack day (I’m pretty sure they accept everyone), I rounded up a team of organizers and started planning the event. We got permission to use the school’s cafeteria for the event, and we decided we’d try to have around 50 hackers participate. Sadly I can’t find any of the documents from hackPHS 2017 (the LHD), but if I recall correctly we had to raise ~$3000 from our sponsors, which we successfully did (albeit we only met our fundraising goal a week before the event). The logistics were rather simple as it was so few people and so short of an event, but we did have to plan 3 meals as well judges and speakers. For food we made waffles for breakfast (horrible idea, making 75 waffles is not easy and probably a safety liability), go 6ft subs from Hoagie Haven (a classic Princeton establishment) and got a pizza sponsorship for dinner (Thanks Sal from Princeton Pi!). For judges we actually got really lucky, as we got a Google Engineer and a Senior VP of Engineering at Toys R Us to join our judging team (the rest of the judging team was just me and another organizer but that’s not important). And for speakers we had the same VP from Toys R Us give a quick tech talk at the beginning of the event.

The event went a lot smoother than I expected and we even got a surprise appearance from Mike Swift (MLH Co-Founder) and Chi Nguyen(MLH League Commissioner)! The tech talk at the beginning ran much longer than expected, but some quick rearranging fixed all that. 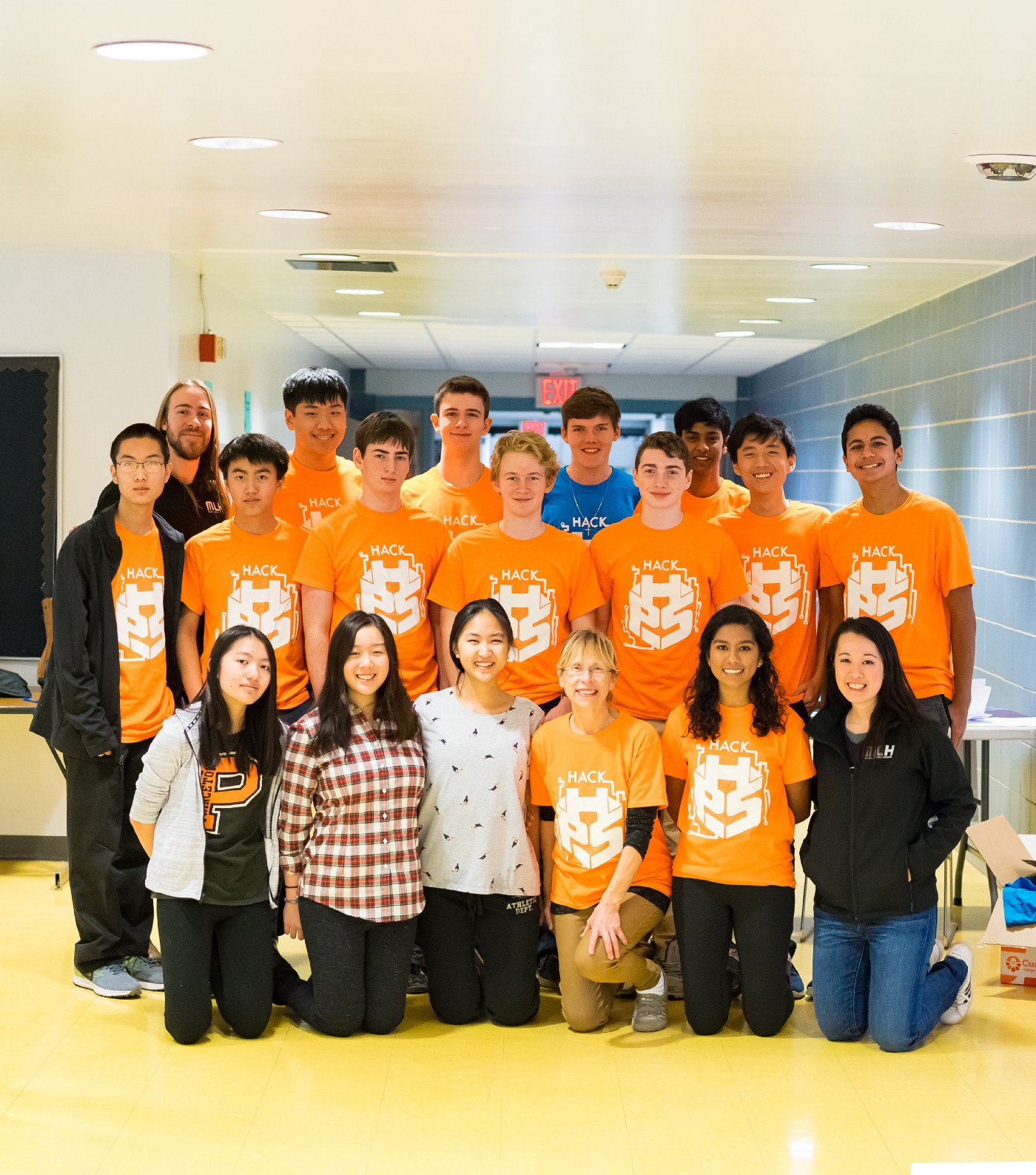 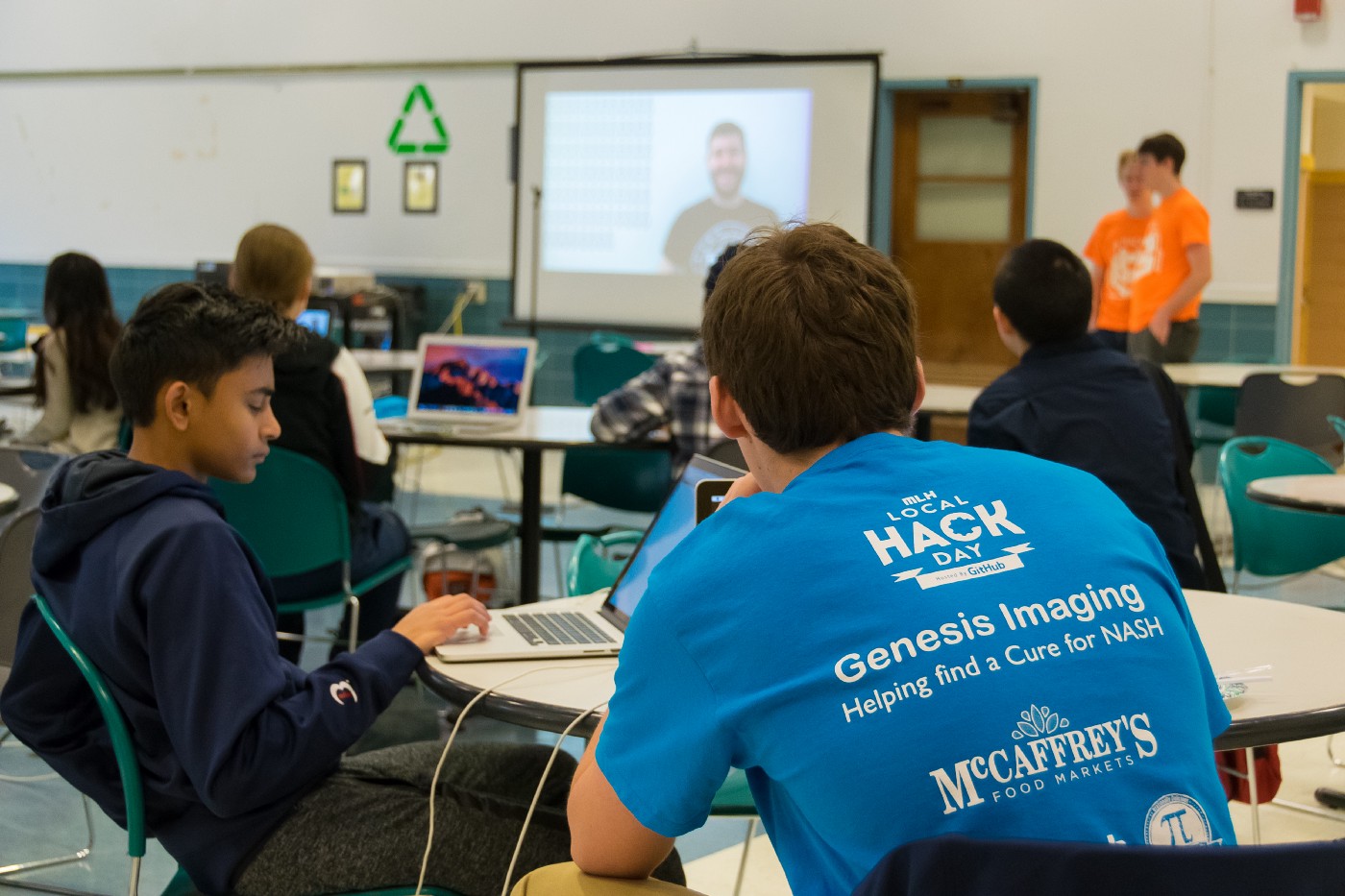 After the success of hackPHS 2017, I decided to try and make the jump into the big leagues - I wanted hackPHS 2018 to be a full 24 hours and be a MLH Member Event (a prestigious group of hackathons). So in about February of 2018, I started planning for the November event (yeah 10 months in advance is a lot, but honestly longer would have been nice). This turned out to be probably the hardest thing I have ever done in my career at PHS. The first necessary step was to get permission from our administration to run such an event, as there were almost no policies and protocols in place for running overnight events. After that I (along with my chosen co-director) started a real application process for our leadership team (unlike the previous year where we just asked random people). Once that was accomplished we got to work.

As the Executive Director (I was in charge so I could give myself whatever title I wanted :) ) I had to do a lot of the overall team management and general planning, so I was the main contact point with MLH. So a lot of time was spent on video calls and workshops with MLH either discussing my event specifically or trying to get the MLH people to like me enough to select us as a Member Event. However the one thing I didn’t realize going into the whole MLH thing was that they had a 200 hacker minimum on all member events, which meant we had to go big or go home (we went big). I was also in charge of getting everything in order with our administration, which was a monumental headache, as they were not very cooperative and there were a lot of really dumb rules in place making everyone (especially me) have to do extra work. Additionally I had to organize (and do a lot/all of the work for all the following subteams).

The first step was to make a budget, shown below (this was a rudimentary outline, we had a way more specific one later in the process) (the current hackPHS organizers might get mad at me for sharing but whatever): 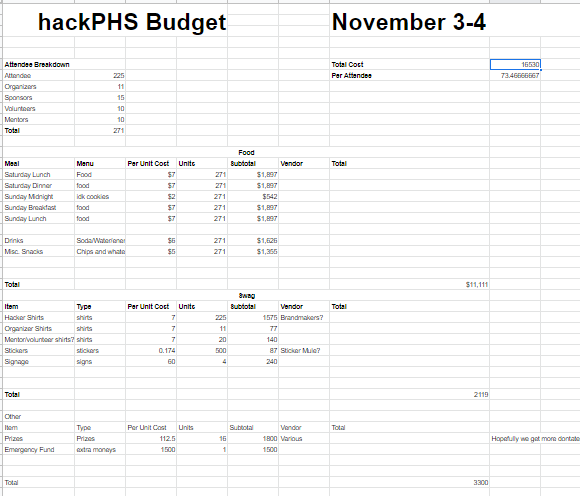 As you can see, running a hackathon ain’t cheap. However even though it is really expensive, that $16,000 number is a bit misleading, as a lot of that can come from in-kind donations (donation of product instead of cash), so you might only need to raise 10k (or even less) in cash. This was really hard, but we did end up making our fundraising goal (I’m not going to talk about the process of getting sponsors as thats in my how to organize a hs hackathon guide, and I’m also not going to talk about our specific sponsors because hackphs could get in real trouble for that).

The logistics of this event were way harder than they needed to be. Not only did we have to have every single detail prepared on how we would host over 200 students for 24 hours, but we had to do it twice. This was because of our school’s BS fire code rules. We were told that we weren’t allowed to run our event if the venue failed fire inspection, which is very reasonable, BUT they said they would only do fire inspection on the day of the event. This was unacceptable to us, as we didn’t want a year of hard work to get destroyed the day of the event. So what we did was we planned the same event, twice. Our main plan was to host it at our high school, but we made all the arrangements to move to the middle school across the street in the event of a failed fire inspection. Also we had a fire drill at 9 am before anyone arrived because apparently it’s a rule and that’s the only way we could get around it without annoying our hackers with a fire drill.

In the non-fire related aspects of logistical planning, there was still much work to do. We had to plan out every single detail about our event to the smallest detail. Here’s a few snippets of some spreadsheets showing how in depth we planned everything.

If you want more details about our run of show, feel free to shoot me an email

Most of our expenses could be fit into 4 categories: food, swag, infrastructure, and prizes.

For swag, we really only had two categories, shirts and stickers. Luckily thanks to MLH, we got a sponsorship which covered all our stickers. For the shirts, we obviously wanted to get them as cheaply as possible, so when one of our organizer’s lyft driver who didn’t speak english said he did shirts real cheap, we decided to try him out. It wasn’t the easiest to do working with some random guy instead of a name brand (customink, ultrapress, etc…), but we did get some super cheap shirts that had only a few mistakes on them.

Infrastructure is a weird category that is easily forgotten, but is extremely important. There are only 4 things a hackathon truly needs: food, wifi, power, and a venue. The latter 3 of those are all part of what I consider infrastructure, and since we were planning on having close to 250 people coding for 24 hours in a high school cafeteria, power and wifi became real issues. Luckily our advisor’s son worked in the IT department at our school so he handled all the wifi for us. For power, we had to buy hundreds of power strips, extension cords, and especially gaffers tape (This stuff is magical for routing cables), as well as plan out where all the cords will plug into so we don’t trip any circuits. Also planning where food will go and how to route participants when getting food and for other activities is very important. Maybe it’s just the engineer in me, but having a dimensioned 2d drawing of your venue on your computer is really helpful for planning everything out.

I personally don’t believe in expensive prizes, as I believe it ruins hackathons by making them too competitive, so we spent very little on prizes, and focused on spending money in ways to directly benefit the hacker experience.

Outreach was really the only aspect that I didn’t do much work on, we had two really great organizers lead this team and they did their job, which was to get over 400 registrations (hackathons typically only have a 50% retention rate). 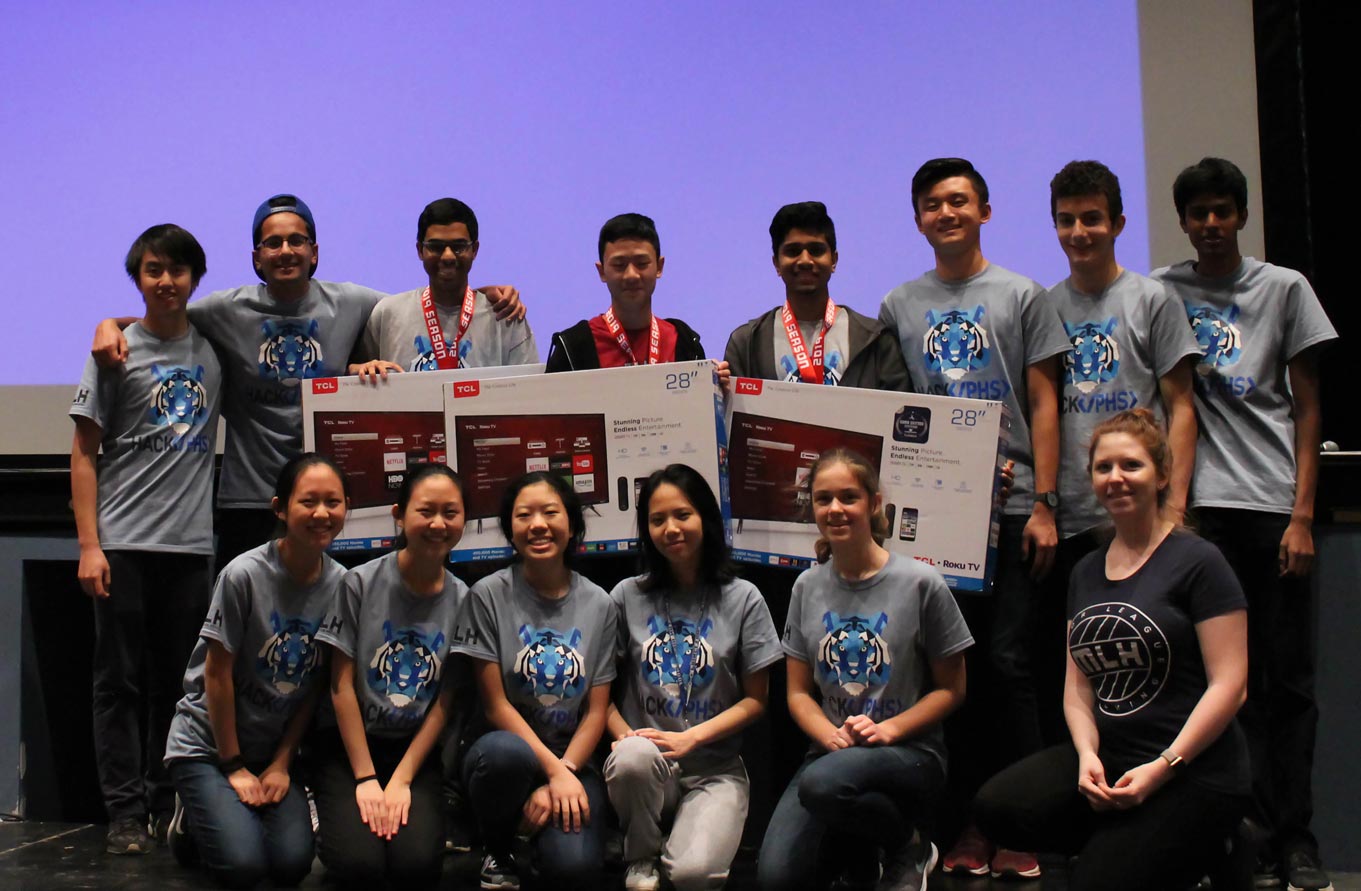 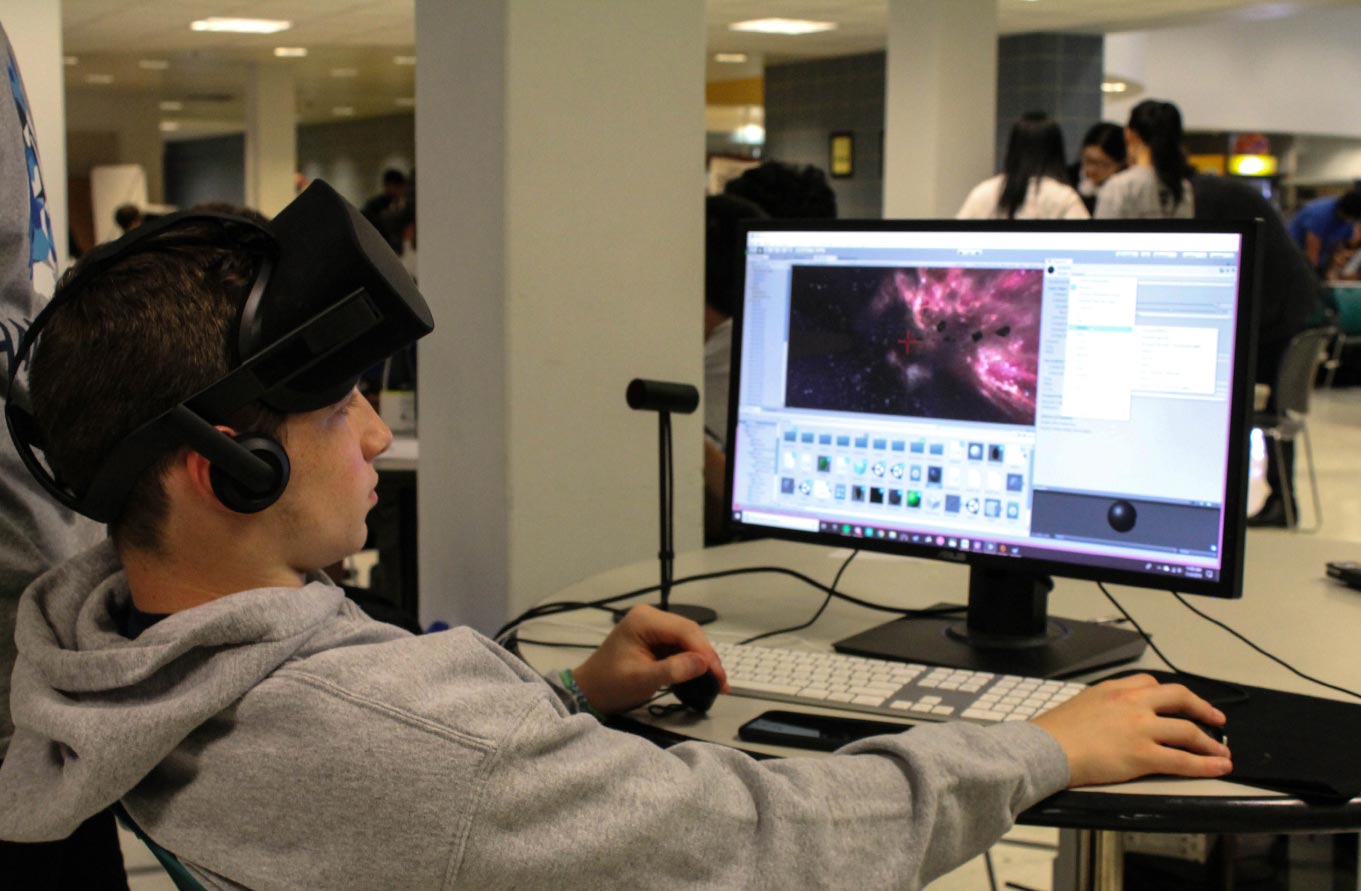 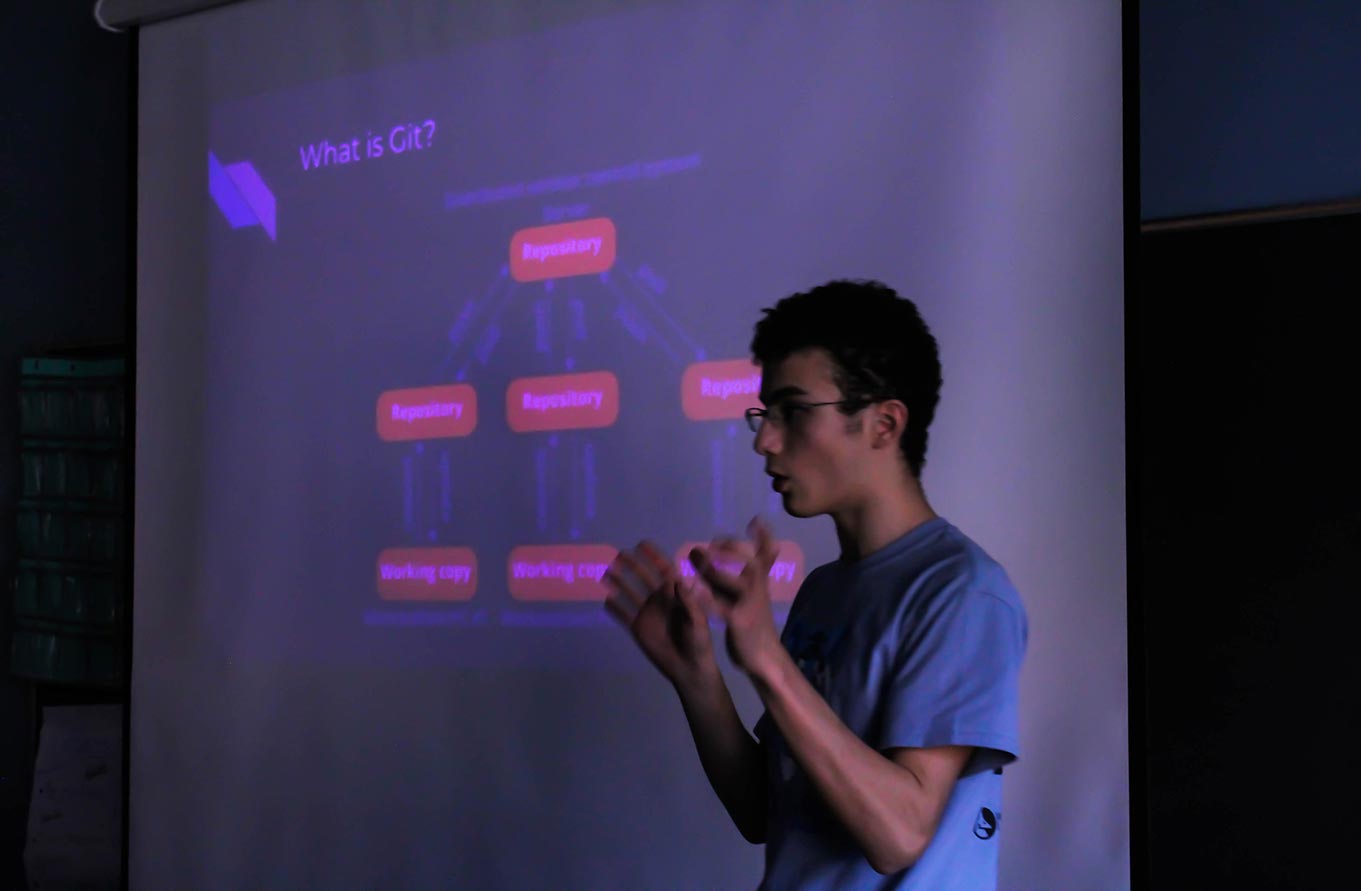 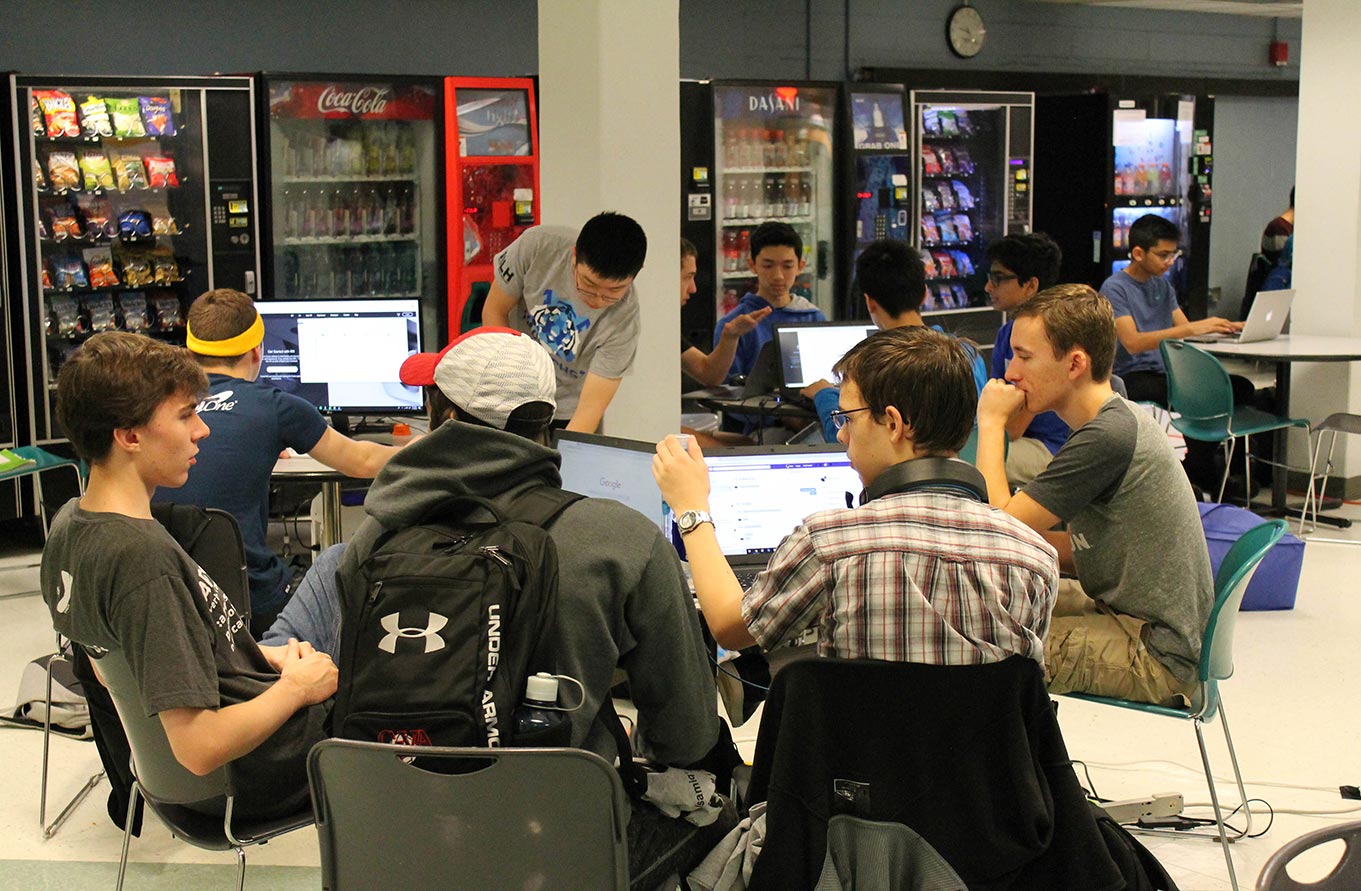 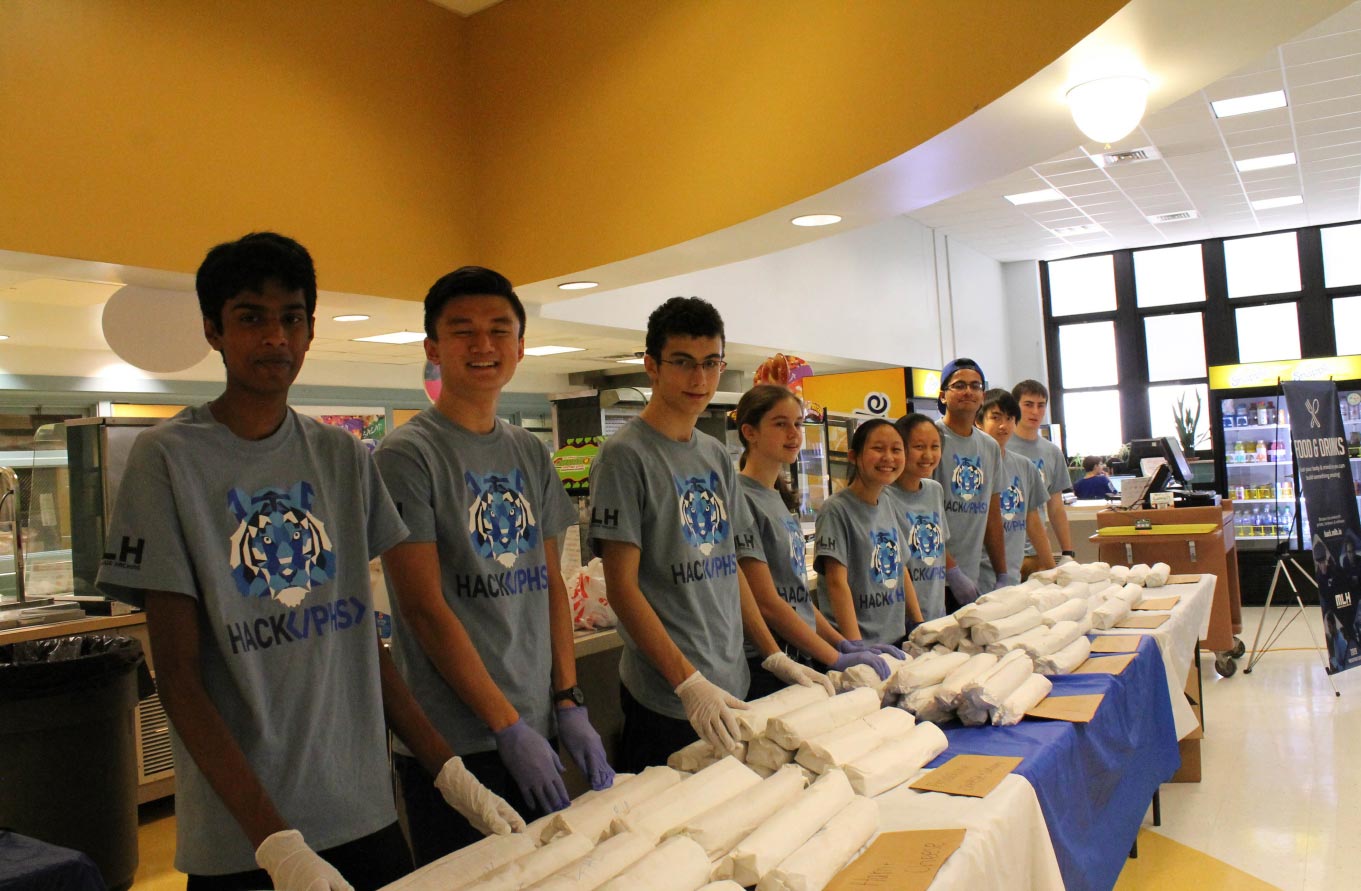 hackPHS 2018 was probably simultaneously the best and most stressful 24 hours of my life. Here’s the good and the bad:

A lot went really well at hackPHS, we had over 200 hackers show up, we had sponsors show up from all over the world (Cali, NJ, Netherlands), and most things went really smoothly. Our workshops were really well received and we had a great experience with our awesome MLH rep.

Here are the few things we had issues with:

Besides these few issues, the event was a smashing success and brought hackPHS from a hackathon nobody has heard of to one of the largest High School Hackathons in the world (and hackPHS 2019 was even better even though I graduated before it happened).